went to a funeral today. grieving is a funny thing, isn't it? how different people express pain in different ways, how stoically silent men carry the casket in, how the widow seems to have a spotlight over her face the entire time. and watching people say goodbye to a wooden box, leaving white carnations on top. and what do you say to a woman you just met, who just lost her life's love, when she tearfully embraces you and says, "thank you so much for coming"?
Posted by collette charles at 1:50 AM 1 comment:

Posted by collette charles at 10:21 AM 4 comments:

people are funny things. i wonder what would change if instead of using language to communicate ideas, we could transport pictures, feelings, sounds, smells etc. to someone else's brain. language  is just so limited. i work with a woman from iran. like many second language english speakers, some of her idioms and expressions can be a little confusing or offensive. the other women who work with her don't even try to understand that when she says "that's the point" after every single thing she says; she's not meaning it in an "i'm better than you" way. she just thinks that's what you say instead of "you're right." they don't like her accent. they don't like that she calls her husband and he calls her every day just to say i love you in their native tongue. teri, the woman who works lancome, calls her husband to say i love you every day too. and no one has a problem. because she speaks english and we can all hear her saying it.

i started asking nahid, the persian, to teach me some phrases in persian. she seemed surprised, but i have been practicing.

also. i keep learning things from the guy i'm dating.

also. i miss everyone and can't wait to fly home in a month.
Posted by collette charles at 12:51 AM 1 comment: 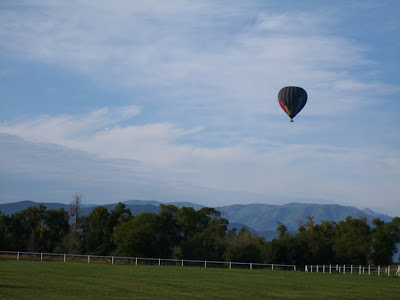 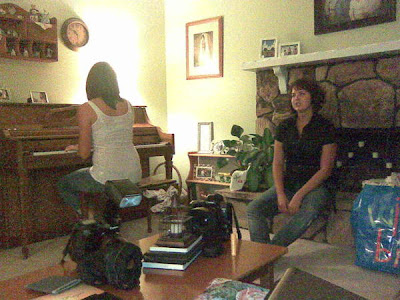 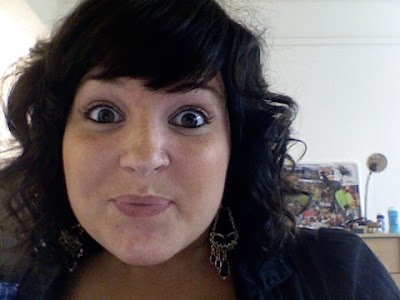 bought a new guitar strap for my ax. it's multicolored and wovenish. found it in a little shop in georgia. i can't stop carrying it around the house pretending it's a new baby.

seeing morgan every day for ten days was heaven. no one makes me laugh like she does or spoons me to sleep in a hetero way.

macy's is still paying the billz but slowly sucking my soul away. well until we had a dance party tonight and got some customers to join in the contest of worst dance moves evar.

im dating a nice guy who makes me laugh and outwits me. sometimes.

playing music on a stage in front of hundreds of people wasn't as scary as i thought. even though i peed a little when they called our names. time to start writing my own musack.

life is so so so good. love you
Posted by collette charles at 2:03 AM 3 comments: