overnighter on the south fork and island park family reunion.

i'm falling behind in our summer adventures.
in july we headed up to idaho for the annual charles family reunion.
travis had to work the 4th of july, so i went on an overnighter fishing trip on the south fork with my dad and brother reed. (oma watched remy.)


my dad has been inviting me to go on this overnighter for about 10 years. i've always said no for several reasons. i don't enjoy pooping in the woods and i don't really love camping somewhere without any running water bathrooms. also i don't really love to fish and two 12 hours days of fly fishing in a boat just isn't my cuppa.  but ever since my pregnancy when i promised myself i'd appreciate life as a healthy able bodied person and take whatever opportunities came my way, i've been saying yes to more things.

the trip ended up being a really great time! 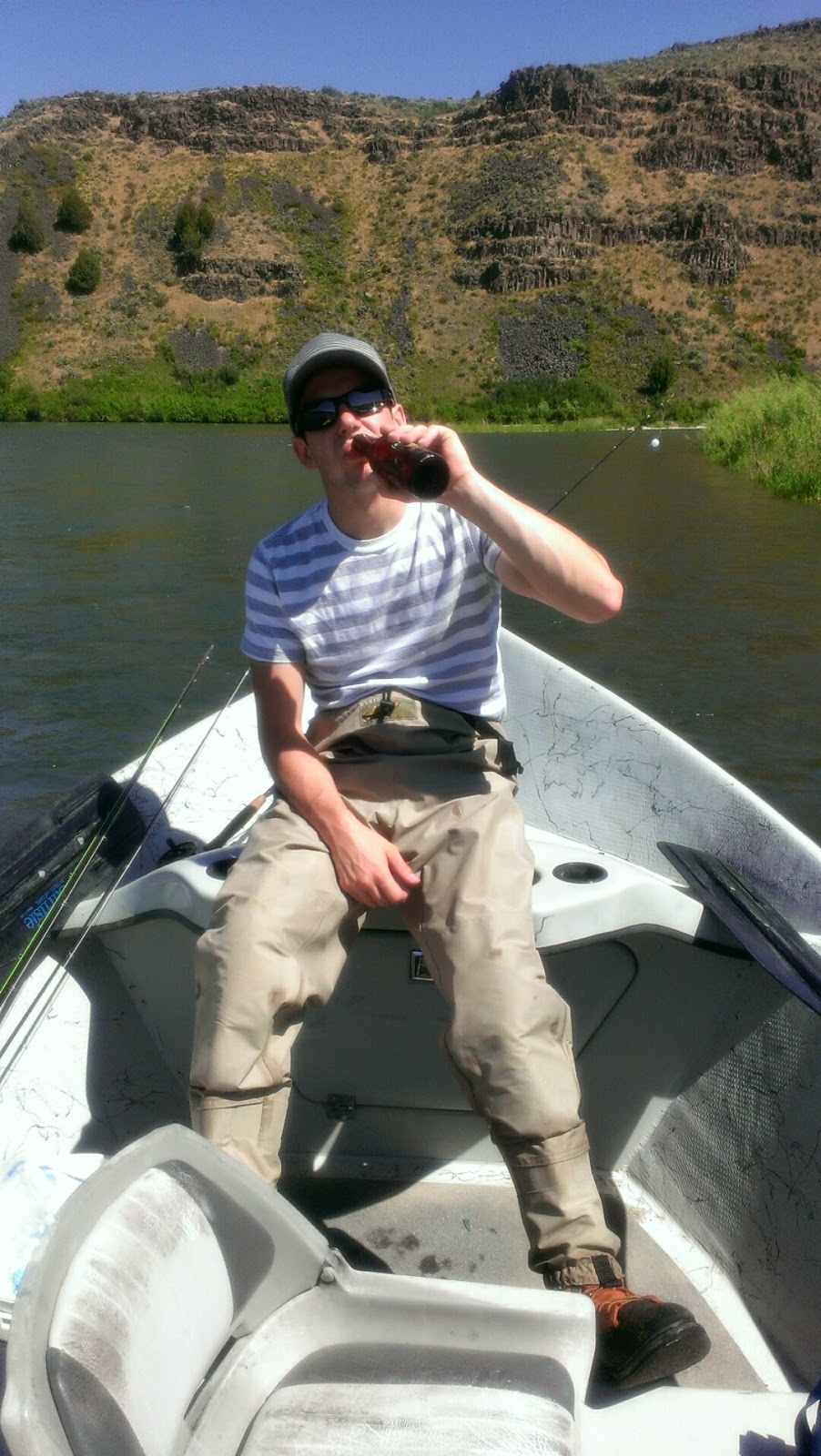 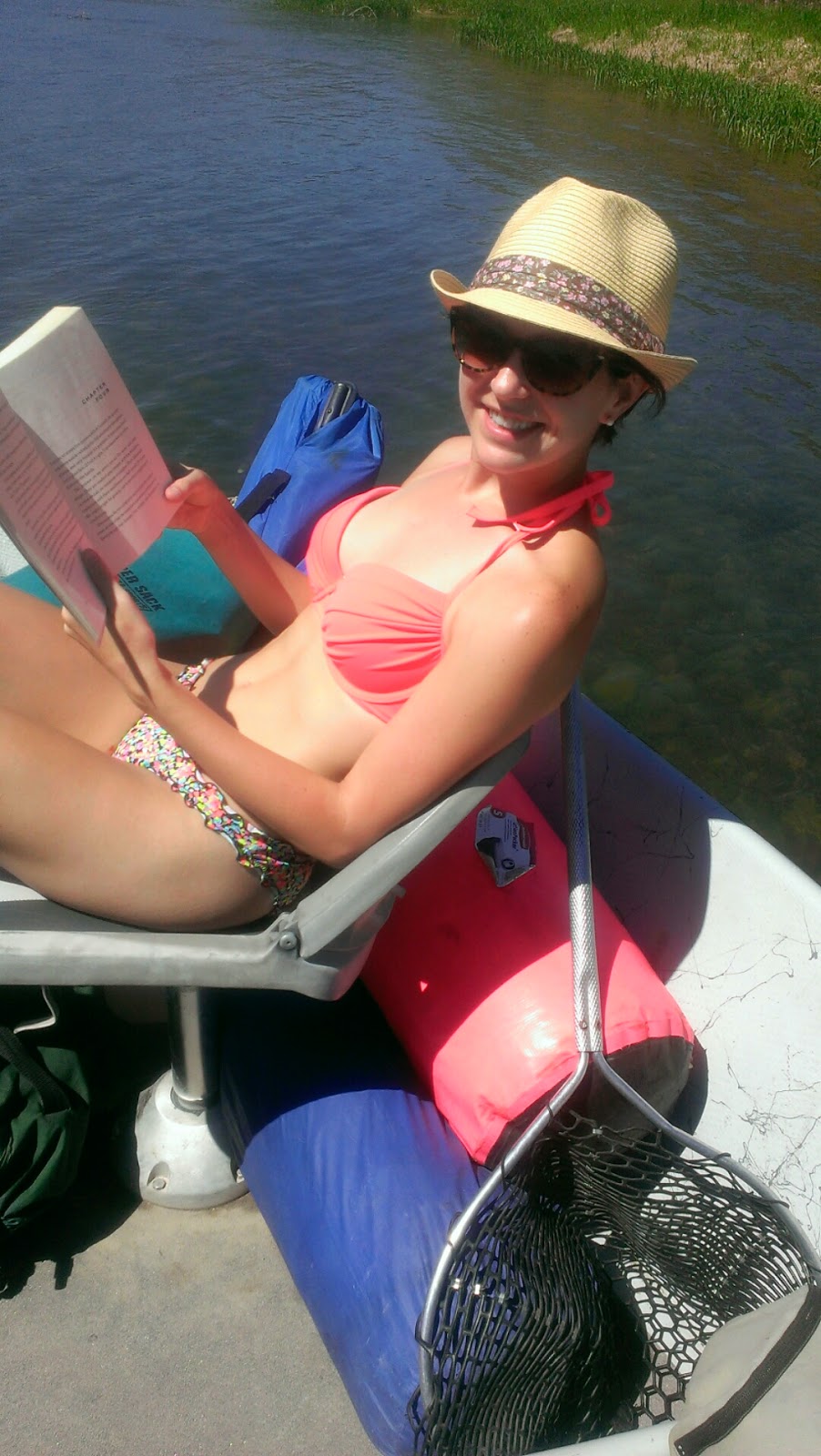 i was able to read without the interruptions of a toddler and i got through the first two divergent books, which were addictive. also, sunbathing. i tried rowing for about... 5 minutes. yeah that didn't work out with my shrimpy arms. 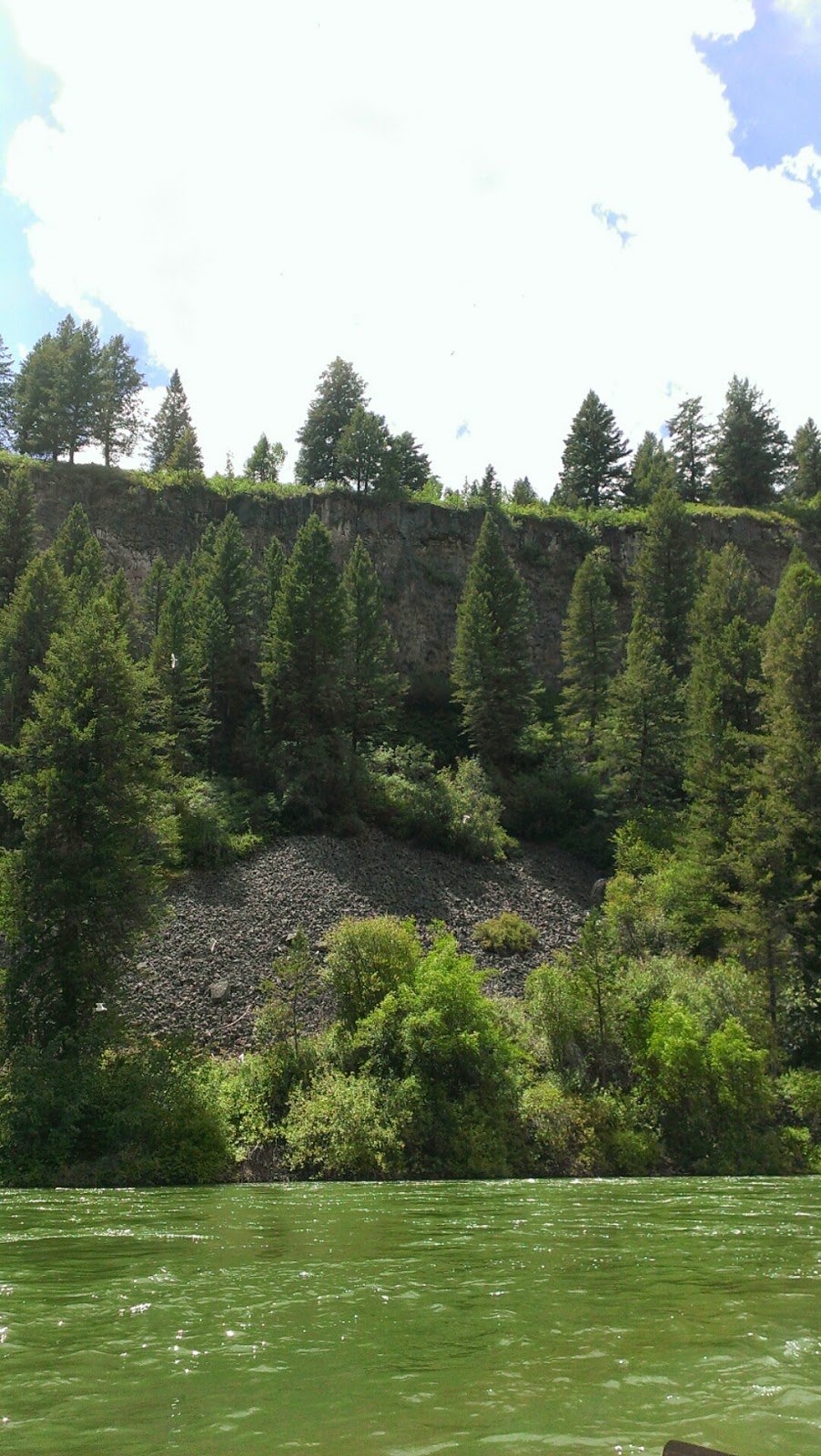 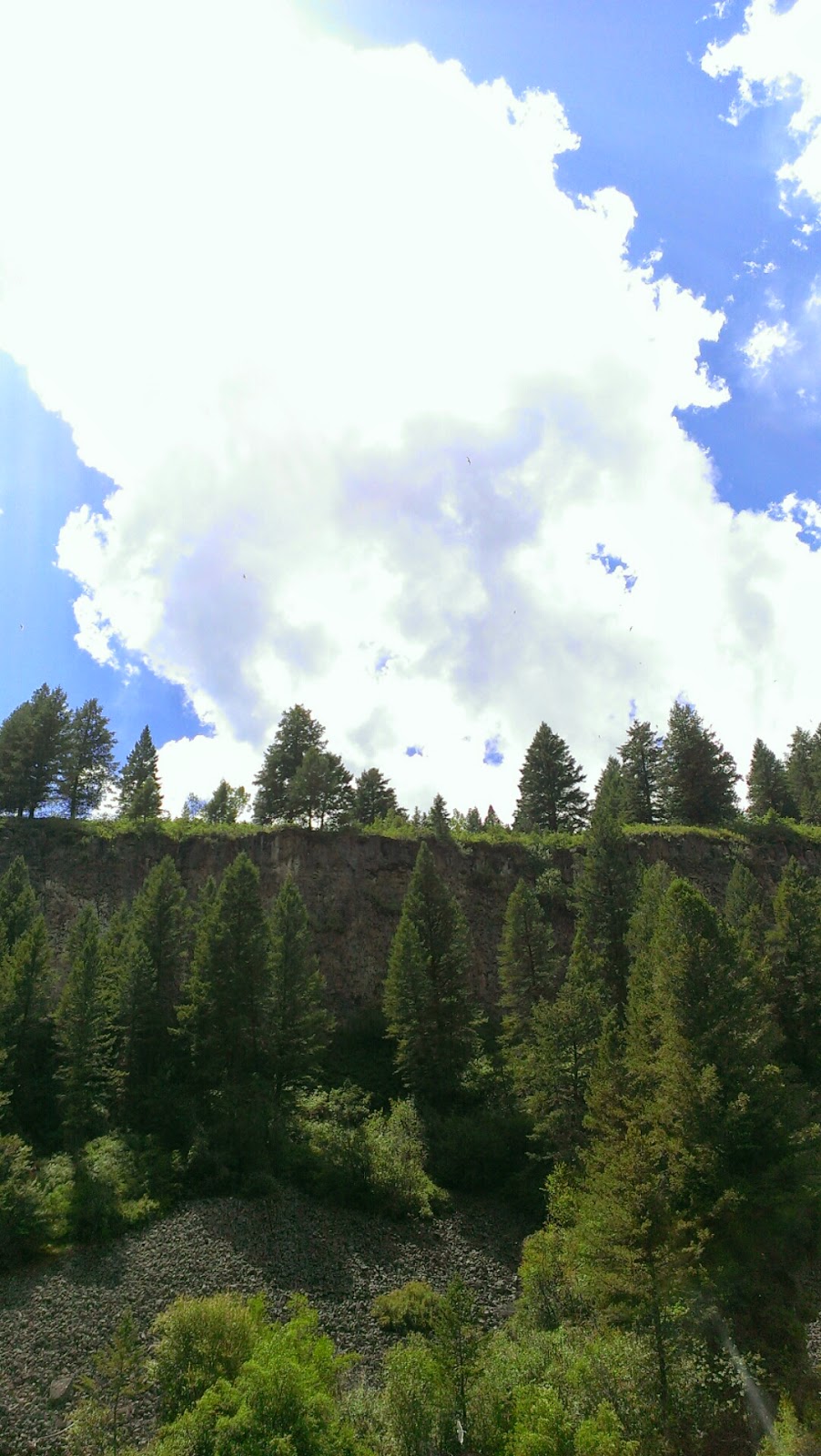 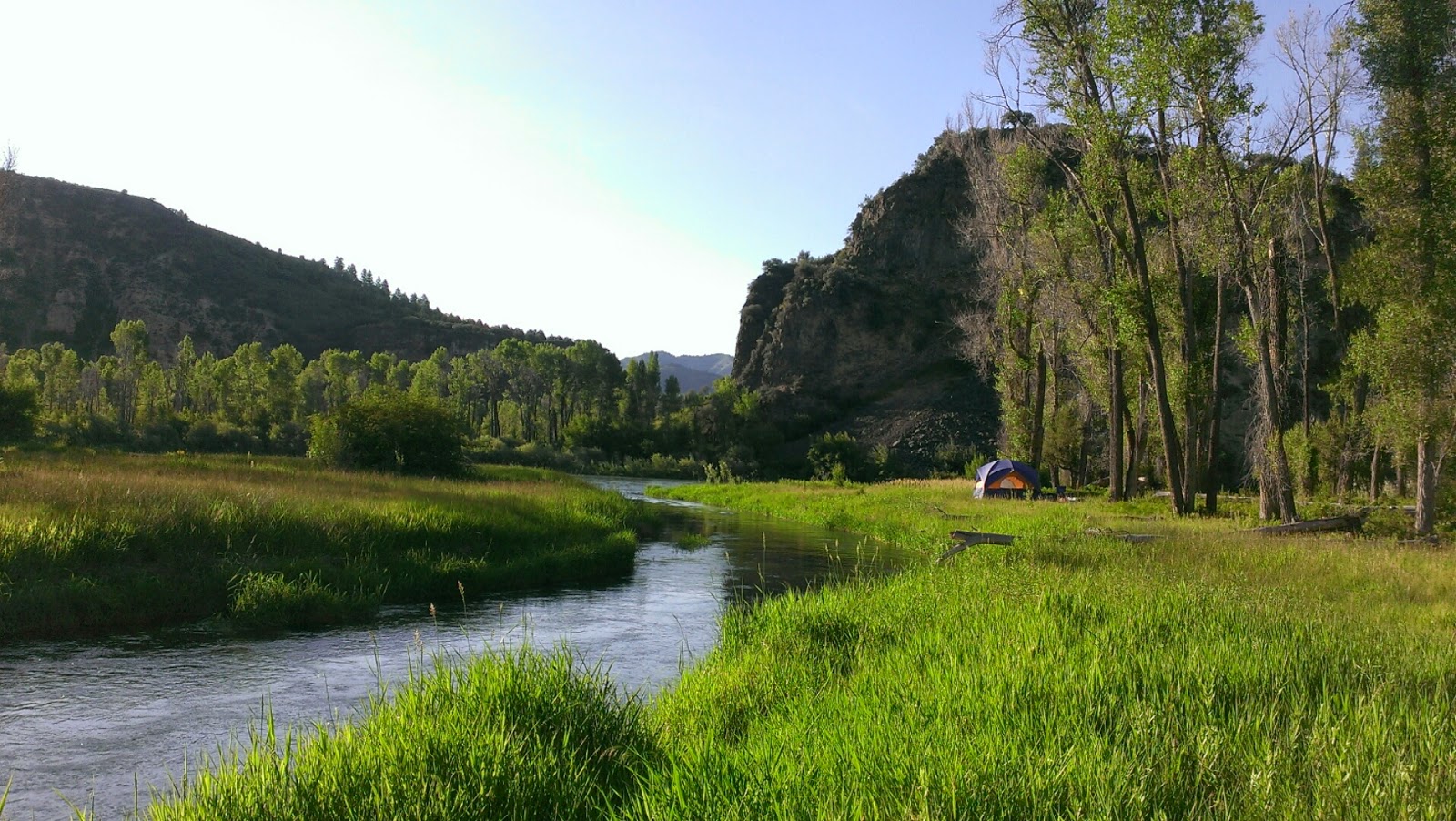 here's where we set up camp for the night. we got a pretty little stream that filtered off of the main river. also some people were camped on the other side of our little island and they were having a grand old party. they shot off some huge fireworks, so we got our 4th of july show.

i pooped in the woods, multiple times.
it wasn't that traumatic. 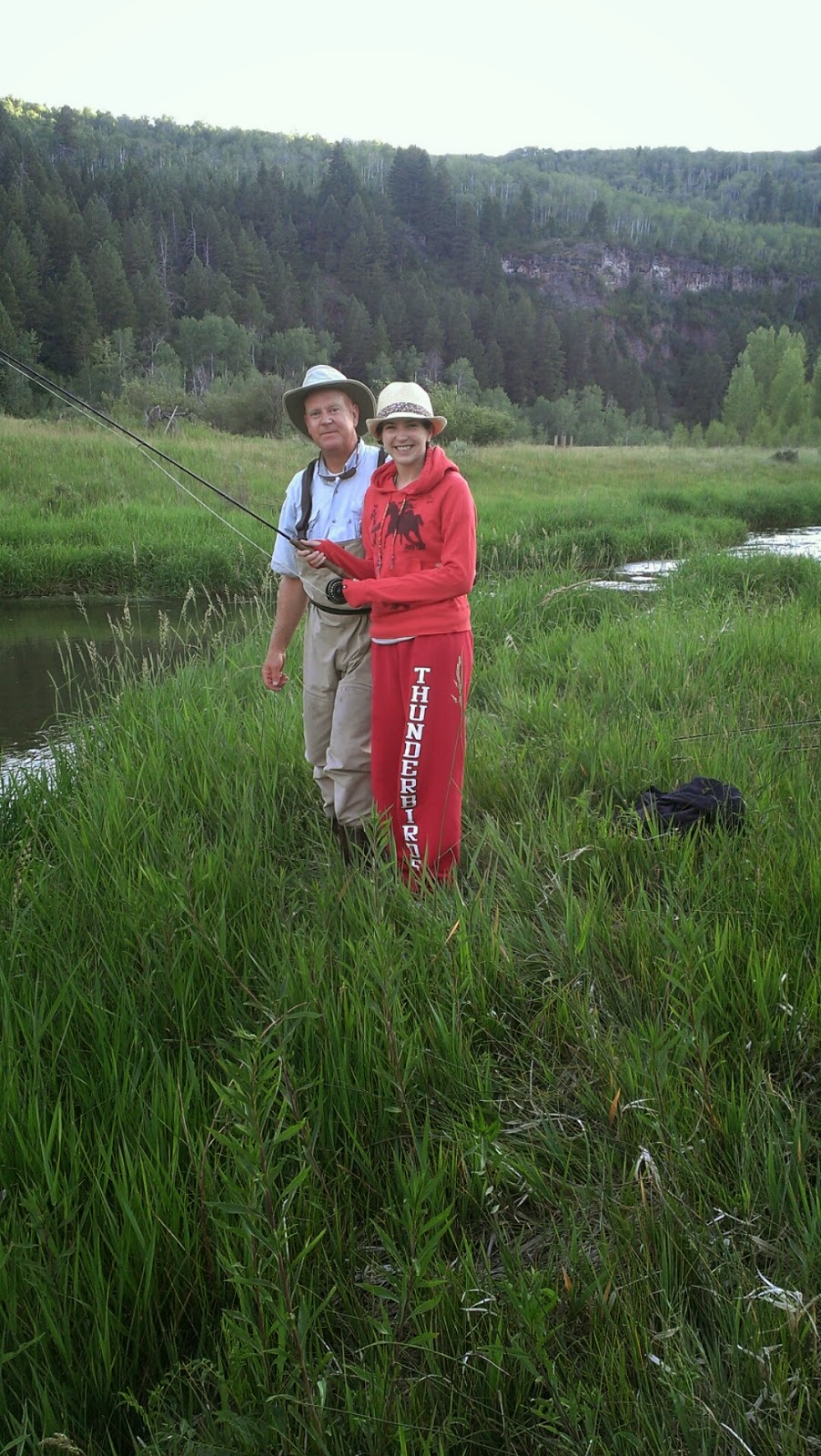 my dad, the master fisherman teaching me the ways. he and reed caught around 30 fish. i caught three.
also my dad spoke in a hillbilly accent and called himself "hank" almost the entire trip.
if you know my dad, you know that this is sort of surprising.


i was definitely ready to get off the boat after our second 12 hour day.
travis met up with us the next morning in idaho falls and we headed up to island park for the reunion.

we rented a paddle board and also a canoe that travis and i capsized multiple times. one of the times, remy was with us, so he experienced his first snake river baptism. (he had a life jacket on and didn't even get his head wet.) 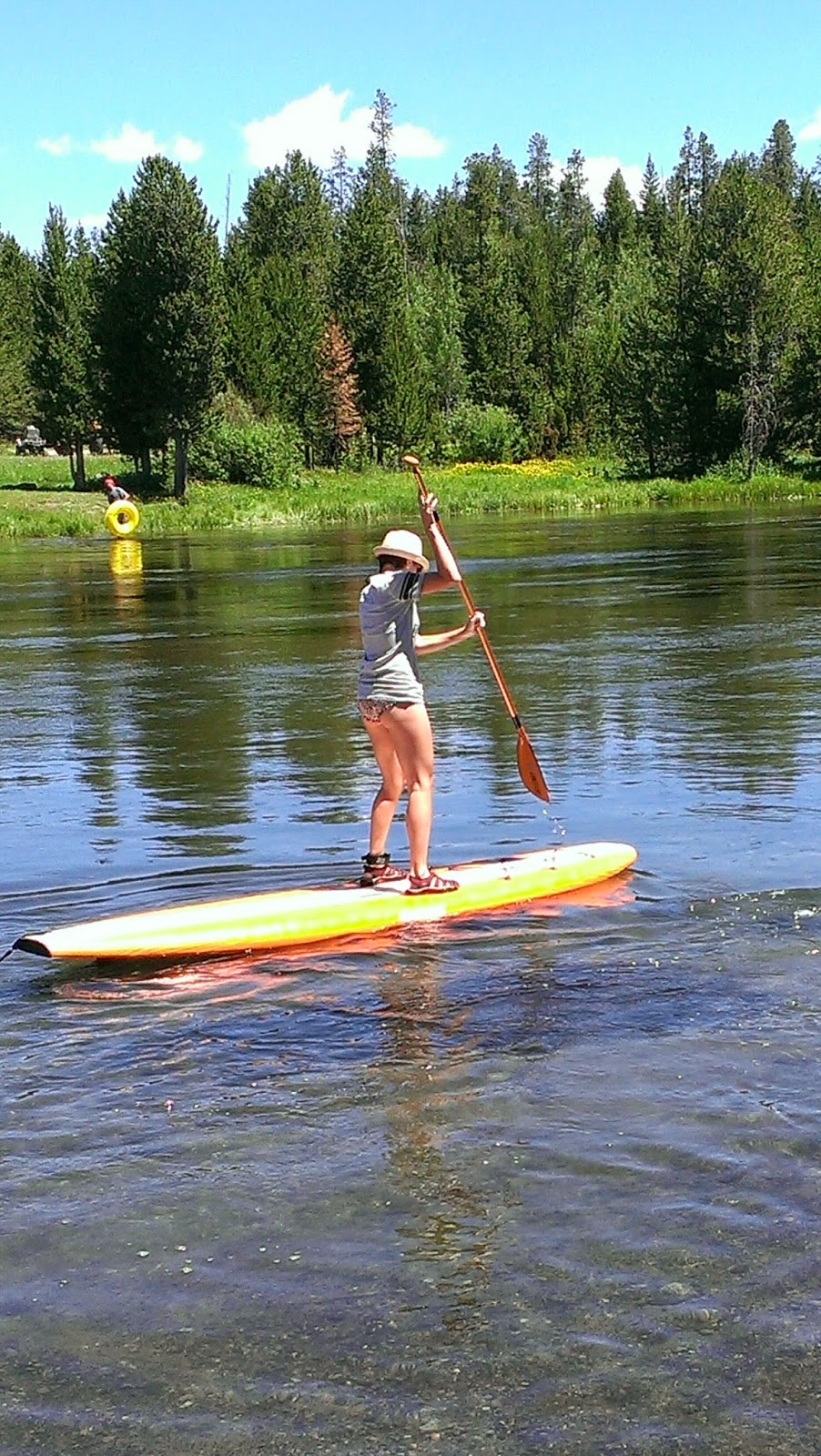 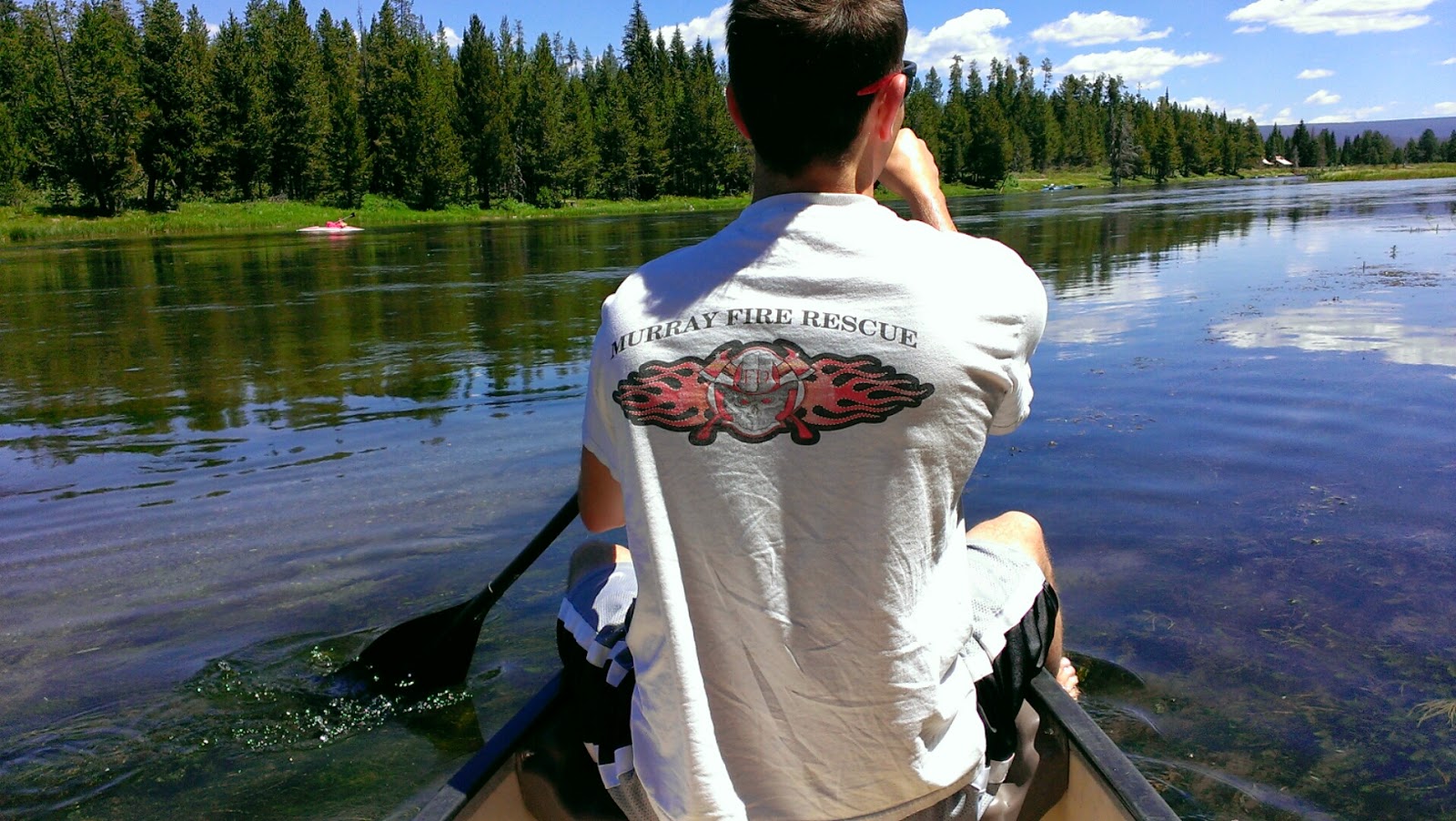 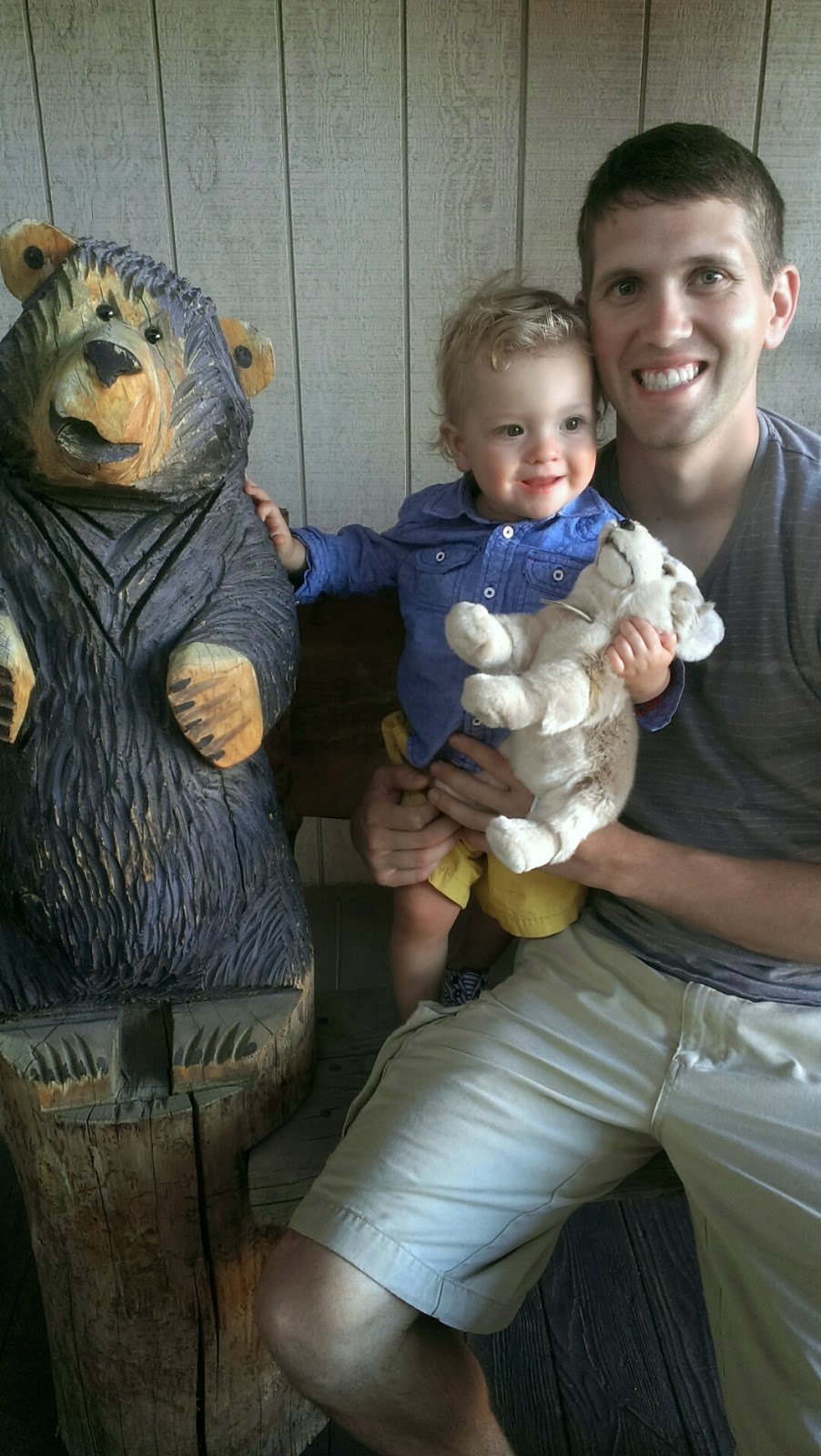 that night we drove in to west yellowstone for pizza with the whole family and to see a play at the local playhouse, the playmill. highly recommend going to a show if you are up that direction! 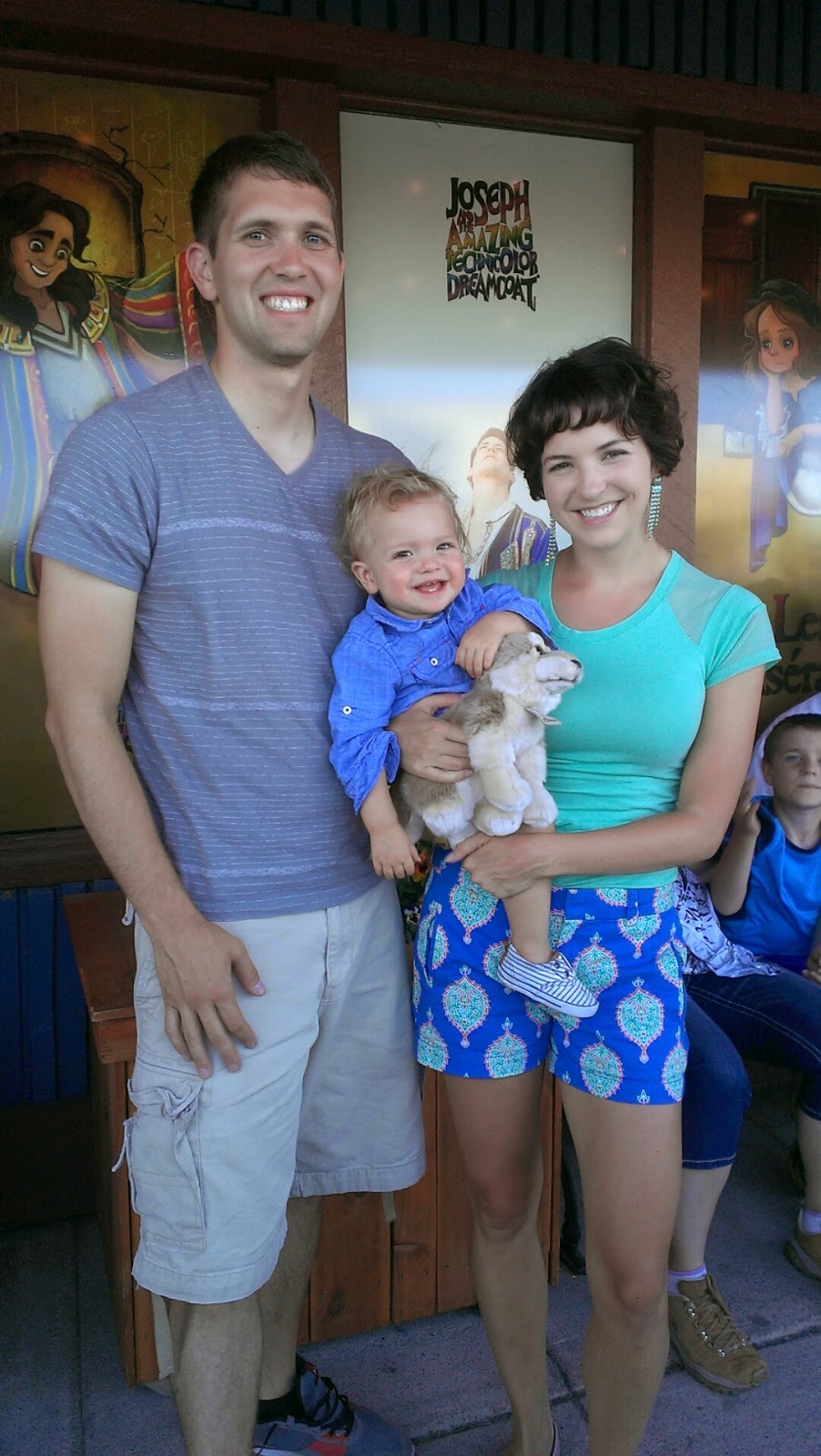 my parents generously gave up their tickets to us and watched the babe.

the next day we went boating on island park reservoir. remy took a little while to warm up to the idea. 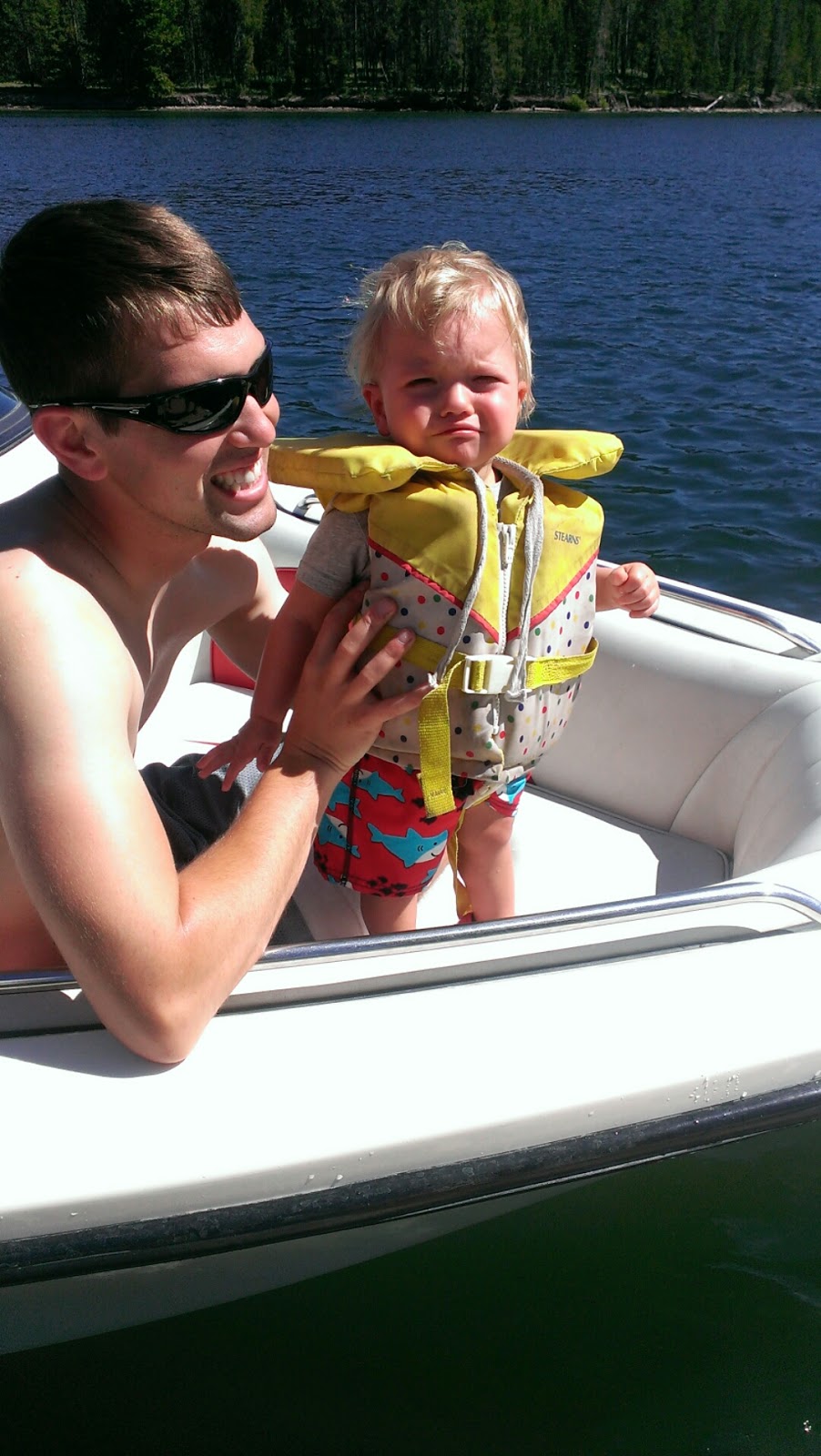 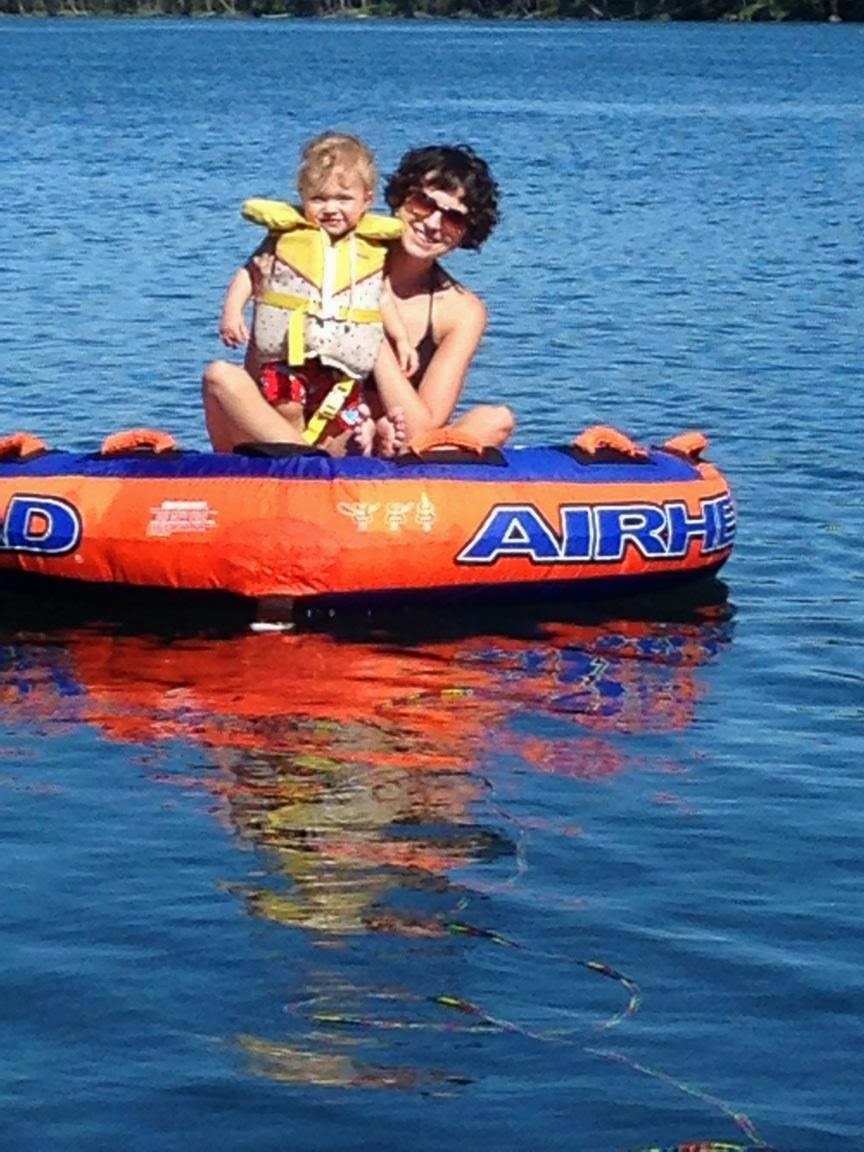 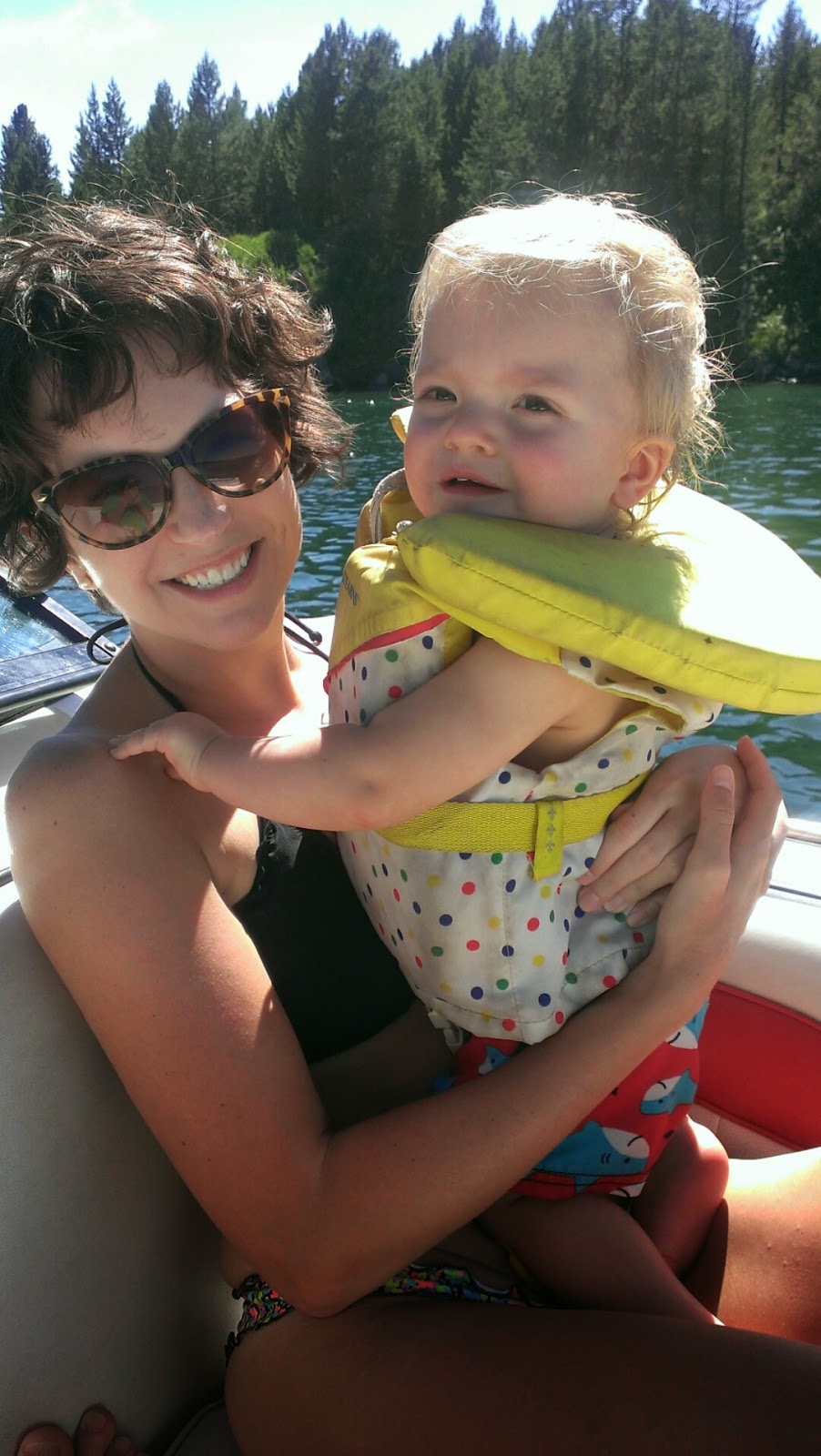 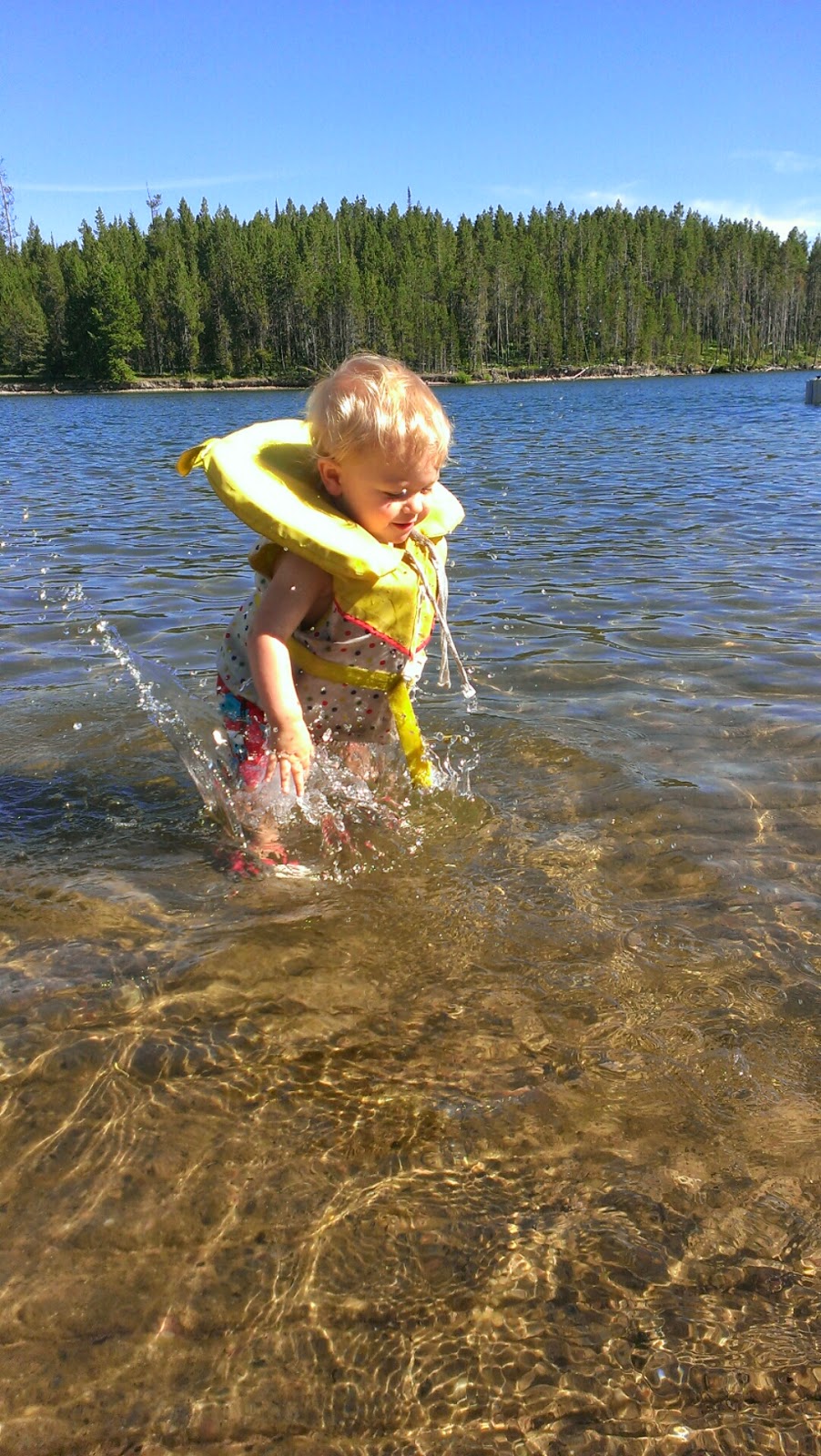 we had a really great time. i'd been worried that remy wouldn't sleep well in the cabin full of loud people who aren't used to being quiet for a baby, but he did so well, which made the trip enjoyable for us too. the weather was beautiful and sunny, we got to see travis every day for a whole week, (!) and it was fun seeing family who live far away. (and i just realized i didn't get any pictures with them...) 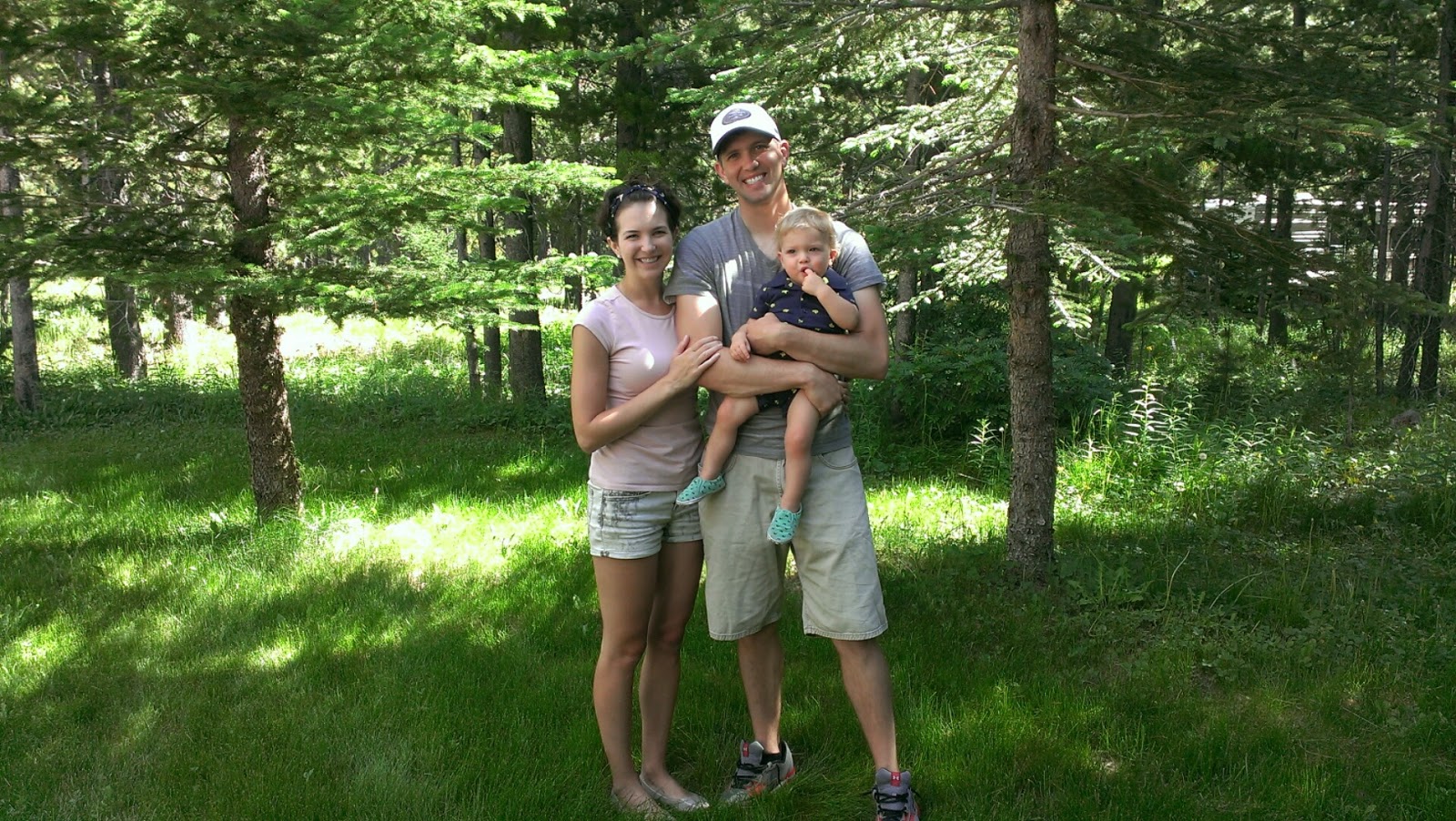 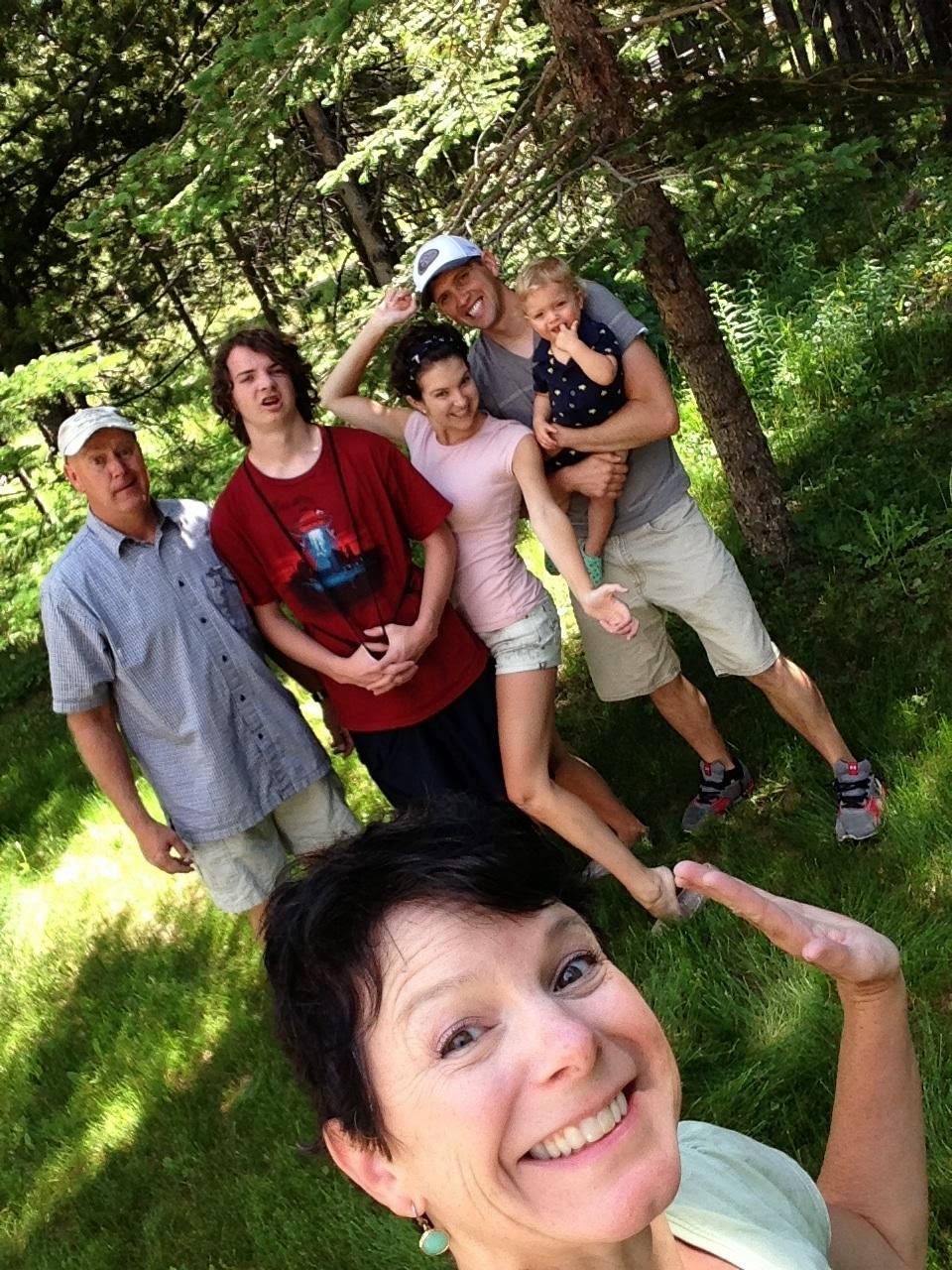 hope you are having a good summer too!

there are those nights.

there are those nights
all i want to do
is only worry about myself.
fall into bed and sleep.
and sleep.

there are those nights
i'm worn thin.
stretched from a day of
keeping you safe, fed, happy.
worrying.

there are those nights
when sleep won't come easy.
perhaps a bad dream?
nothing, not daddy, no cup of milk,
nothing but mother will do.

there are those nights
your little body tucked into mine.
hot breath on my neck
long lashes tickling my cheek.
when we rock together and i sing.

these are those nights
i am most myself.
dark thoughts kept at bay.
with you in my arms,
i am safe, too.

it's 1 am.
i should really really be in bed.
sometimes i remember the days before remy, when i used to love staying up really late. back when i wasn't chasing a tornado all day and could afford to lose a few hours of sleep to the pleasure of night owlery.

oh but i can't shut off the brain tonight.

travis is working a night shift at tosh, and i usually am more wired and anxious the nights he's gone, so there's that.
then there's that my phone is lost somewhere in my parents' yard, so i feel like one of my appendages is missing.

and then there's the whole bit about someone who harassed and bullied me for years trying to add me as a friend on Facebook. and how for the first time in my life, i said the word, "fuck" to someone.
i said,

really?
no i don't want to be your Facebook friend.
but i will say something i've wanted to say for a long time.
fuck you.


and it felt good to say that to him.

then i didn't expect him to respond. but he did. and he said, haha yeah i get that.
and then he told me how he enjoyed reading my blog but he had a few questions about it.

i feel kind of floored that a person who was that cruel to me could just start asking me questions about my life.

but maybe i should start at the beginning.

without dragging the story out, this person was friends with the guy who assaulted me. he was in the next room several times it happened. he was always kind of a bully. he made comments about my appearance that stung for years.

a well liked girl in our neighborhood moved away in junior high.
one night when all of us were hanging out, this boy said he wished i'd moved instead of her, because she was "hot."

so then when i went in to the bishop and "confessed" everything that had happened with the boy who assaulted me, the bishop asked who else was involved, if his friends had been there. i said that the friends had sometimes been around, but that they weren't involved. i was terrified of all those boys being upset with me.

of course they found out. parents were called.

this boy, the one who recently tried to friend me on Facebook, he took it upon himself to punish me.
not long after, a neighbor caught him peeing on my house.
every time he saw me at school, he screamed at the top of his lungs at me in the hallways.
one time when i was at a concert, i took an empty seat. the person in the seat next to me turned around and i realized it was him. he started to scream and scream, until a good friend came over and took me to sit next to him instead.
everyone was staring.

whenever i saw him, i'd freeze. i was almost more afraid of him that of the guy who assaulted me. at least when i saw him, he would just make eye contact and then keep walking.

kids at school would ask me why he hated me so much. i didn't know how to answer.

whenever i am under extra stress, i have this reoccurring dream about getting in a fist fight with this guy. to say i've been afraid of him for the past decade is a huge understatement.


and then he just, requests to be my friend.


six years ago, the guy who assaulted me tried to add me on Facebook.
i will never forget that moment.
i was attending byu hawaii. i was working for the newspaper and had just logged onto Facebook in the lab.
there it was, a friend request from the boy who had taken my innocence away, taken parts of me i'd never find again.
like it was no big deal to him. like he had no idea the destruction he'd caused.


how can people who harmed me so deeply, to my very soul, not have a clue.

sometimes the weight of all of it buries me.